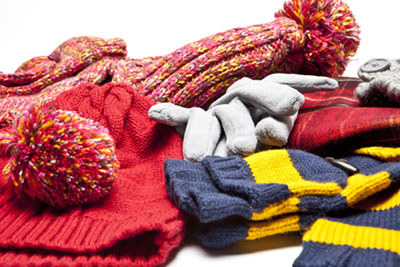 With holiday gatherings (familial and otherwise) in full force, the chance of head lice surfacing in daycare centers and afterschool programs is also more likely.

With colder weather, children are playing more indoors (head-to-head) – and also tending to pile hats and scarves together. In addition, scientists report that head lice are becoming more and more resistant to many over-the-counter and prescription chemicals used to kill them.

“Parents are using lice removal products according to manufacturer’s directions and not getting positive outcomes,” says Liz Solovay, president of national operations at the Connecticut-based Lice Treatment Center®. “That’s because in the United States and Canada there is strong evidence that head lice are now genetically resistant to the pyrethrin- and permetrin-based chemicals most frequently used to treat them.”

In particular, Solovay points to a study published this year (2014) in the Journal of Medical Entomology (51(2):450-457). A team of scientists examined the genes of lice from 32 sites in the United States and Canada and found that 99.6 percent of those tested from 2007 to 2009 in the United States had become genetically resistant to permetrin-based over-the-counter lice products. In 2008, 97.1 percent of the Canadian head lice carried the mutated gene.

With removal treatments failing, it’s no surprise we’re seeing more infestations – particularly among younger children. Childcare facilities – not just schools – need to have a plan of action for what to do if head lice appear.

“The best weapons are routine screening and early detection,” says Solovay. “This can be done internally by someone at your facility or you can call on a professional lice screening service to do it for you. The most important thing is to regularly check the kids’ heads and to have a protocol established for what to do even if only one crawler is discovered.”

Screening involves careful visual inspection. You begin by separating the child’s hair into small sections and examining each hair strand and the scalp. Look for both live lice and their eggs (nits). Never show alarm if a louse is spotted. It’s not the child’s fault, and you don’t want him/her to feel singled out or frightened.

What you do next depends on your own facility’s head-lice policy. All parents should be informed about the infestation – not just the infested child’s parents. This way, parents can begin monitoring their own children for lice symptoms (see list of symptoms). Treatment of infected children should begin as soon as possible.

More information about lice treatment procedures, products, and services can be found at LiceTreatmentCenter.com