Ever wonder why head lice outbreaks seem to occur more frequently? It’s because the insects have evolved into “super lice” that are genetically resistant to ingredients in many anti-lice products. That’s what came from a recent study presented (August 2015) at the 250th National Meeting & Exposition of the American Chemical Society (ACS). The study found that more than 95% of the head lice populations tested had high levels of gene mutations, which have been linked to resistance to pyrethroids. 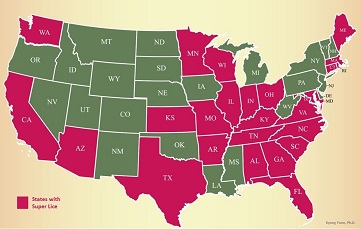 In other words, in at least 25 of the 30 states studied, the head lice populations have become resistant to insecticides used in commonly used over-the-counter products used to treat lice, as well as controlling mosquitoes and other insects. Michigan was the only state where these pesticides remain effective, while four other states’ lice samples were somewhat vulnerable to them.

This recent research confirms findings from a study published in the March 2014 issue of the Journal of Medical Entomology in which John Clark, one of the study’s co-authors, argued that, in the 20+ years since permethrinand pyrethroids began being widely used as an ingredient in products used to treat head lice, the parasites became genetically affected and evolved the resistance gene (known as “TI mutation”).

In the study, Clark said: “This (pesticide resistance) is a problem we’ve been showing in development over a period of about 20 years. But our new work now shows that head lice are now almost 100 percent [knockdown resistant]. That means there’s an awful lot of resistant insects out there in the United States and elsewhere.”

Clark and the other scientists concluded that “alternative approaches to treatment of head lice infestations were critically needed” to fight the new breed of super lice. 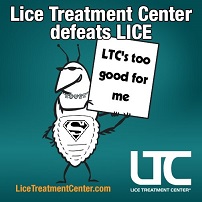 The good news is that Lice Treatment Center’s lice removal and bug repellent products never contain toxic insecticides and are much more effective in battling “super lice”. LTC’s pediatrician-formulated line of essential oil based products, called Jolis Cheveux by LTC®, is all natural and non-toxic. They have been proven safe and extremely effective for more than 30,000 families since 2005 when applied in combination with Lice Treatment Center’s step-by-step removal protocol.